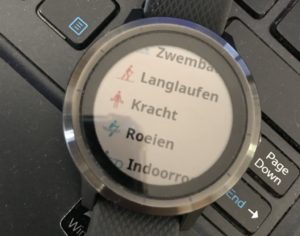 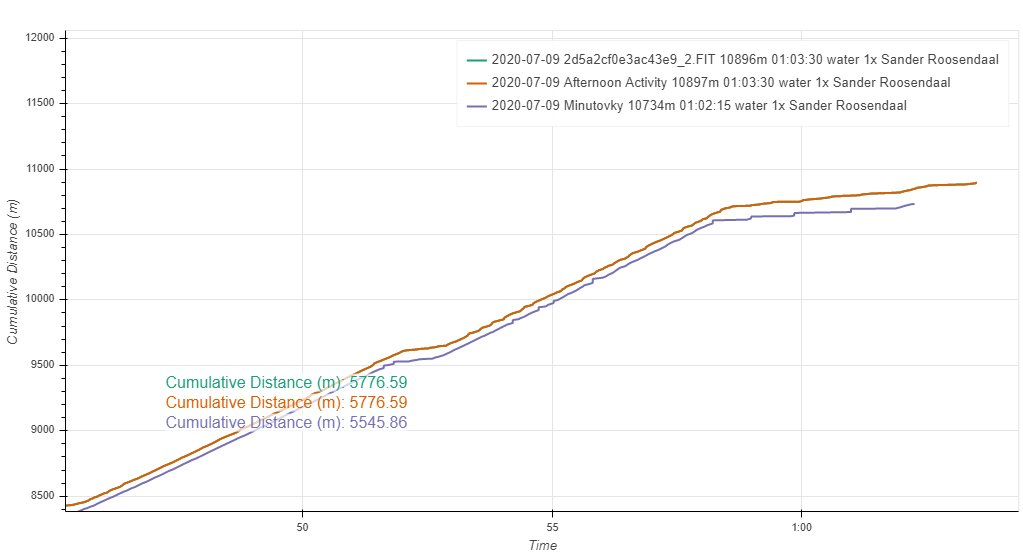 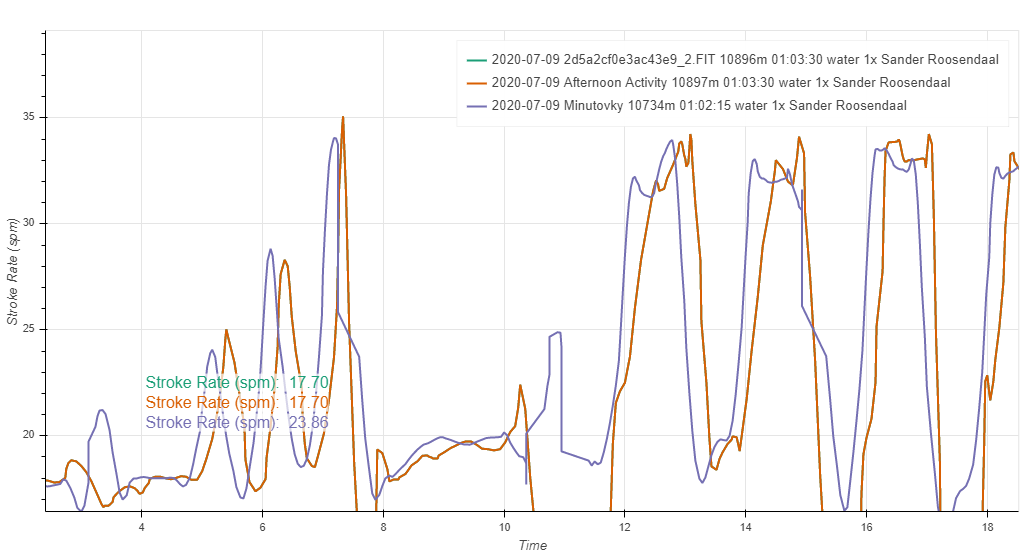 This is a section of the stroke rate data, looking at the last part of the warming up and the first few intervals of the training session. Again, purple is NK SpeedCoach, the two Garmin data sources are identical, and the SpeedCoach started recording a bit later than the Garmin watch, so you have to shift the purple curve slightly to the right for comparison. 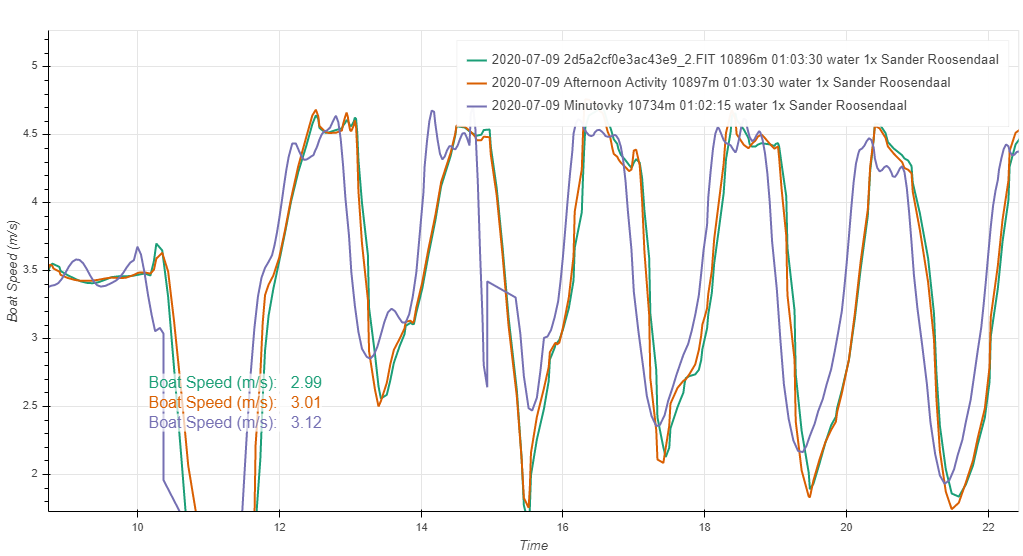 I know how rowers like to talk about pace (time over 500m). However, here we are trying to look at data quality, so I prefer to use the boat speed in meters per second. Again, the NK SpeedCoach is the purple line. Interestingly, the boat speed curves are slightly different for the two data paths for the Garmin watch. Perhaps Strava does some secret magic to velocity data? The differences are negligible, though.

The NK SpeedCoach seems to react slightly faster to abrupt speed changes on the second interval (around minute 14 in the chart), but on more gradual ramp up of the speed the Garmin watch is perfectly capable of keeping up. This is good. 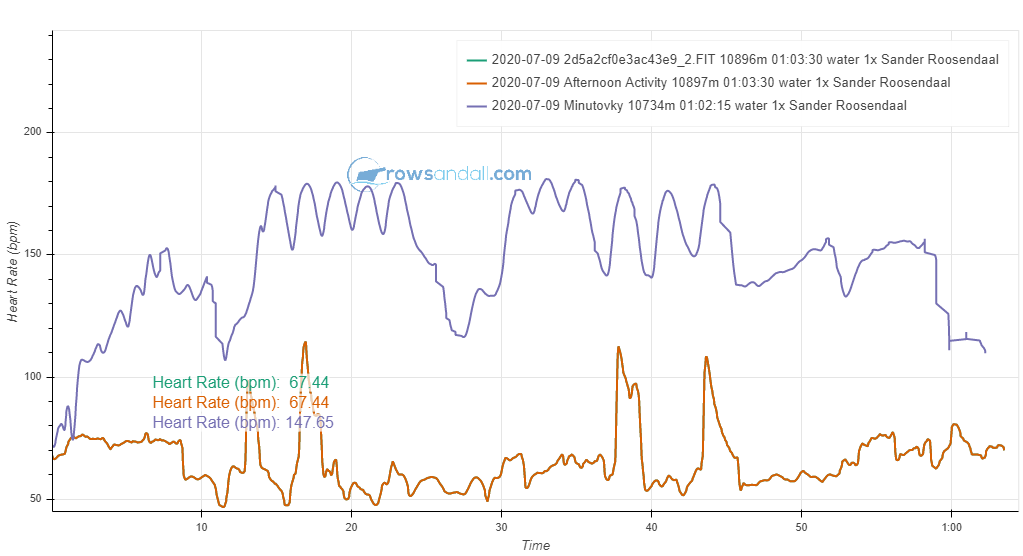 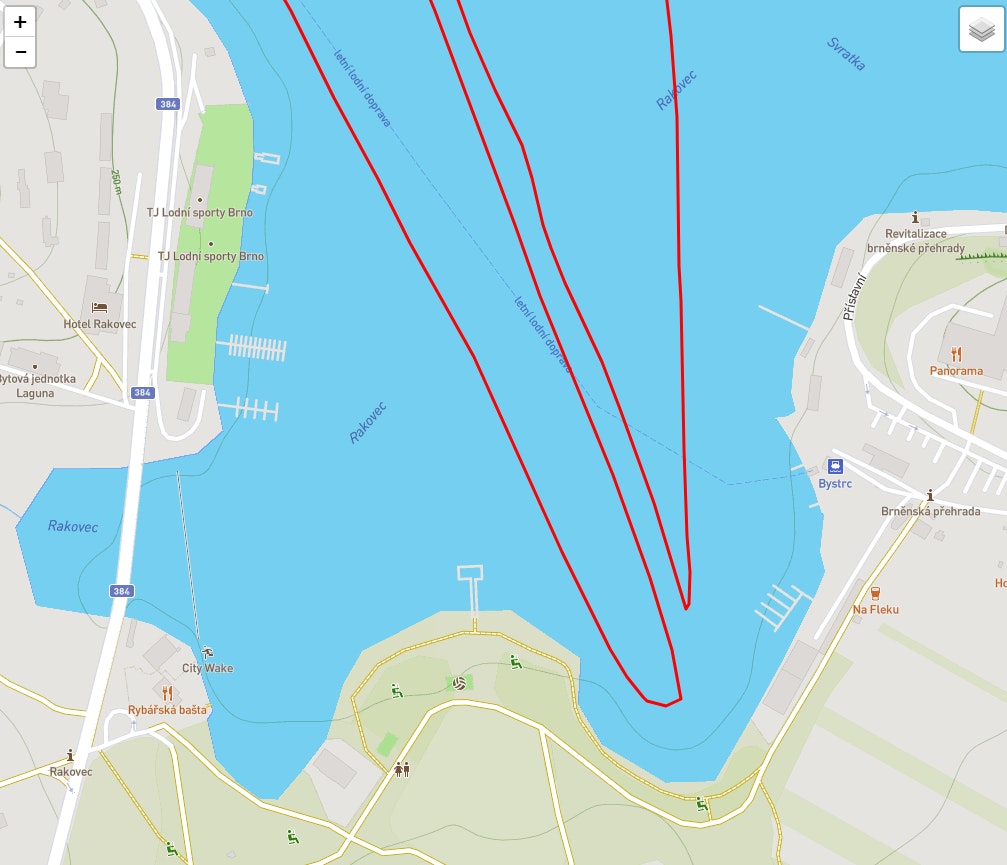 This map is made using the NK SpeedCoach’s GPS data. 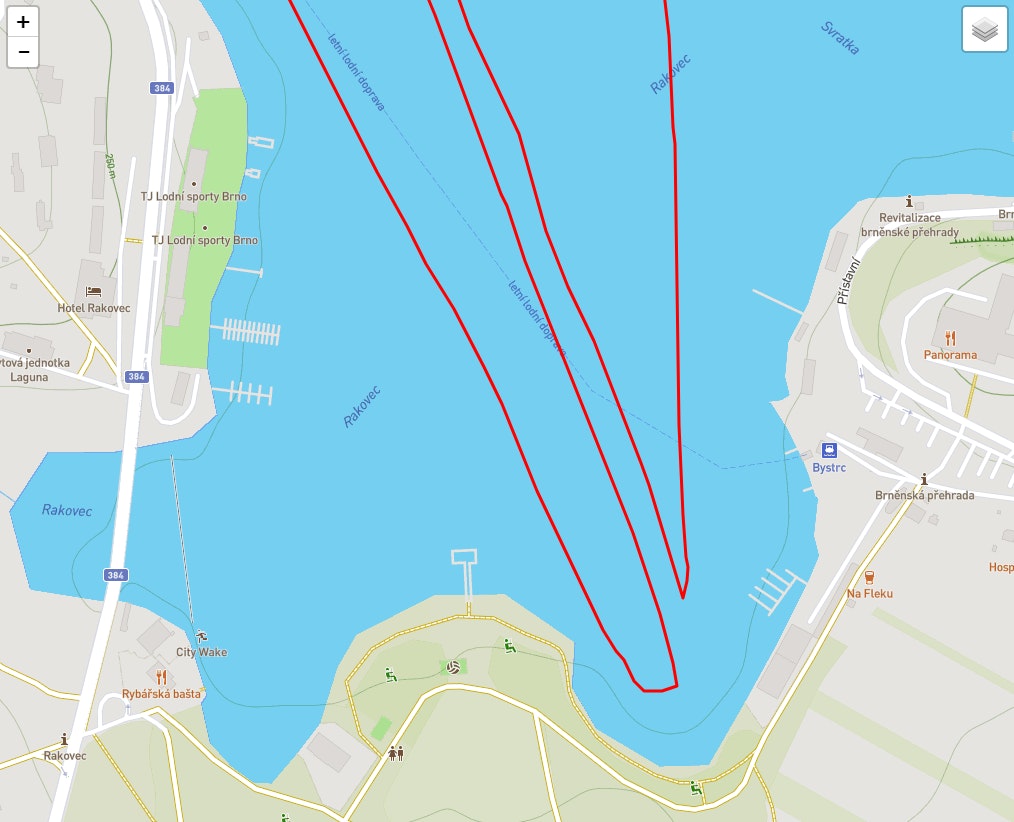 This is the same section using data from the Garmin Watch. Nearly identical.

If combined with a heart rate belt, the Garmin VivoActive 3 watch can be a very useful entry measurement device for rowing data.

Of course, you get only the basics (Time, Distance, Pace, SPM, Heart Rate) plus its derivative Distance per Stroke, but to be honest, to get more (Power, Force, stroke arc length) you’ll have to invest in a smart oarlock like the NK Empower or use a phone app that specializes in boat acceleration data (Rowing in Motion, Quiske).