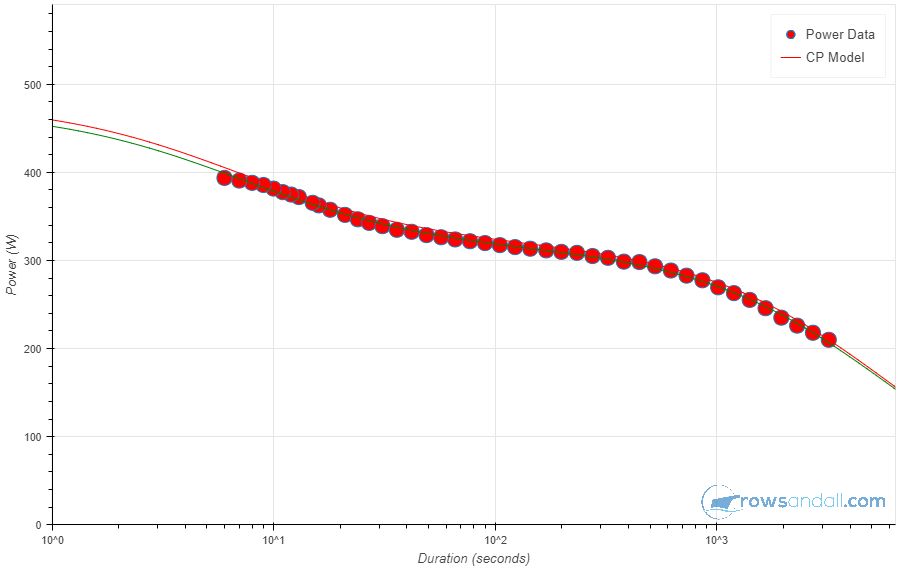 20
- November
2017
Posted By : sander
No Comments
Lactate Threshold and FTP in rowing – some results from my lactate test

This is a repost of a blog post I made on my personal training blog.

Last Monday, I received the results of Saturday’s lactate testing. Here is the curve.

So if one takes 2.0 mmol/L as the upper boundary for steady state, I should do my steady state below 211.7 W (1:58 pace on the Concept2 erg). That is quite high. I would have to do an extended test to prove it, but I believe I should be below 200W.

In my understanding (and I am not a physiologist), the steady state pace is a pace at which the lactate concentration reaches a plateau after a certain duration. So ideally, one would do steady state training and measure lactate every twenty minutes or so. If lactate reaches a plateau, in a next session I would go slightly higher and measure lactate again. Repeat until I find an intensity at which lactate levels don’t stabilize.

This is nice in theory, but doesn’t work in practice. If the training is effective, the steady state lactate level could be a moving target as my body gets more efficient in eliminating lactate at higher power levels. This is not such a big problem though. At one point, I would find a measurement at which the lactate level does increase, and after I find that, steady state would mean anything below.

A bigger issue is that every day is a different day, and depending on accumulated stress, fatigue and/or sleep deprivation, my body will react differently. Two seasons ago, I used lactate measurements very frequently, and I found days on which my lactate level jumped above 2.0 mmol/L at light efforts, while a few days later it remained around 1.5 mmol/L for a similar power. I also found that the perceived effort was an excellent indicator for this. Discussing with some Olympic rowers, I found that this is common for people who have been training intensively or for a long time. You learn to recognize the signals of your body.

Talking about feeling. When I did the lactate test a week ago, I proclaimed that I “felt” that my Lactate Threshold was at 235W. The test shows it is at 247W, assuming my lactate threshold occurs at 4.0 mmol/L, so a slightly higher value.

Interestingly, Joe Friel claims here that this level 1:52 could be maintained for about an hour. Here is my CP chart for the erg: Perhaps a difference between cycling and rowing.